A Day in the Life of a Tennis Coach

Liam talks about his two summers as a tennis coach, what a daily day would look like.. and what drills you should learn.

So you want to know what life is like as a summer camp tennis coach in America?

Without wasting time, I can honestly say that it’s an amazing way to spend a summer abroad. When you look at it simply, you’re being paid to play and coach tennis in the sunshine for 5/6 days a week. That’s better than anything the U.K can throw at you for two months during the summer.

On top of that, you’ll be part of a team, part of a group and part of an experience that will stay with you forever. Sounds cliche doesn't it? It is, but you better believe it to be true.

I spent two summers at Camp Echo Lake in Upstate New York as a tennis coach. I'm going to try and describe what a typical day in the life for me would be like, but it’s not easy.. no two days are the same at camp. Whilst you're primarily coaching tennis you're part of everything else going on.. which could be a special day, a themed day, a rainy day, sometimes it's a 'it’s too hot to play tennis' type of day… get the picture? Probably not yet, but you will!

This is when my bunk of 12 year olds wake up in the morning. The alarm goes off, then we would throw on some music and give the bunk a quick tidy, brush our teeth and head to breakfast. Some mornings the bunk is full of energy and some mornings we don't move until 8.19am.

Breakfast usually lasts for around 20-30 minutes, the menu changes each day but there would always be constants, like cereals, coffee, fruit, eggs and yoghurt. The main meal might be waffles, pancakes, bagels, home-fries, French toast, muffins... hardly 5 star continental but it gets the job done. We don't count calories at camp, we cram and that's the way it works.

I’d usually grab a shower and quickly freshen up after breakfast before making sure the campers had everything they needed for the morning. Sunscreen, water bottles, cap, the right shoes... you’re kind of like a parent sending your child off to school in the morning.

Line up sounds like a boring routine but it’s anything but! For the next 20 minutes the Boys Camp line up would be full of skits, jokes, sports stats, live music, facs of the day, morning roll calls and camp updates. Everyone gets involved and it usually has a daily theme. Line up is the transition from being half asleep in the morning to having the camp energy needed to get the day going.

This is when I’m on the tennis courts with the rest of the staff instead of with my group of campers. They would be with their general camp counselors also known as cabin specialists at various activities.

My team (8 other tennis coaches) and I would have our coaching plans ready on our clipboards. Our timetable would let us know which age groups were attending, how many campers had signed up and a checklist. Our head coach would pick the drills and the technique we would be focussing on, i.e. forehand, backhand, footwork etc...

After a quick camper head count we would start a 5 minute warm up. This isn’t always necessary each period but because it’s the first period of the day it’s important to get the heart rate up and the muscles warmed.

It’s hard to describe exactly what would happen in a period as it changes with each age group, skill level and what week of summer it was.. every lesson plan progresses from the previous one.

Here's what a generic 45 minute lesson plan could look a little like:

These lessons could be tailored for just forehands, backhands, footwork, volleying, serving... or integrate them all (which be more towards the end of camp as compentency increases).

Remember you could be coaching 5 year olds holding a racquet for the first time or a 15 year old who is State ranked and a Highschool varsity player. For this reason you have to be flexible and adaptable at camp. There might be different ages and levels in sign up events.

It sounds a little daunting but it's very simple and you have a team to back you up.

The camp structure runs a little like high school, there would be 3 different groups on a typical morning. That means 3 different lessons plans would be executed and will no doubt be decided by the Head Coach. I was one of the more advanced tennis coaches which meant I would often work with the top players on camp to help develop their game.

Lunch, the best meal on camp by a mile. I would head to the lunch hall and pile food onto my plate, split stepping the salad bar (tennis fans will understand that one) to fire straight into the pizza, chicken patties, hot dogs, pasta, sandwiches, wraps, Sloppy Joes or anything else that was on offer that day.

I would then sit at a table with the rest of my bunk staff and find out what my campers had been up to all morning.

After eating 3000 calories, 90% of them carbs (you will sweat off every calorie on the tennis court so you can justify it) rest hour is a welcome relief.

An hour to relax in the bunk, read, listen to music, hang with the campers, freshen up and get out of the sun for a while. It’s the quickest hour of the day and one of the best.

This would follow a similar pattern to the morning but usually with less drills and more game time. Campers' attention spans can’t always handle the change in activities and constant learning, which could become frustrating during an afternoon lesson trying to get campers to follow instructions, but you have to remember that they’re just kids so you have to make it as fun as possible.

This would usually be swim time in either the lake or the pool. At our camp we were entitled to a period off every day to relax or catch up with our groups. I would often have this period off anyway with no class so I'd join in on the lake swim. After spending 5 hours sweating on a tennis hard court in the sun this was a refreshing way to get my energy back.

A lot of the time I would skip the lake swim and play a set or two with the other coaches. It's always good to have a small escape from everything going on at camp and this was where I would find mine.

Free play is the campers' favourite time. It's usually spent playing basketball with campers or a range of other activities, sometimes the campers would hang in the bunk, sleep, read, hangout with other groups. Bunk staff would split up and make sure our campers were all accounted for.

The entire camp would meet at the flag pole for announcements. We would give awards to our campers for trying hard, accomplishing something new, helping a friend etc... Birthdays are celebrated and shout outs are given too.

Time to shove another 3000 calories down my throat. This time it could be pasta, turkey, chicken, fish, salad (maybe) peanut butter sandwiches, burgers... whatever was going.

Ironically I would be trying to make my campers eat healthily whilst doing this!

This is where you distinguish whether it’s a summer tan on your face or just copious amounts of dirt from handling tennis balls and racquets all day. Maybe a cheeky look at your butt in the shower will help know where you are on the summer tan scale.

Unless we were on bunk duty we would have the next 3 hours to go off camp and into town. What you do here is really up to you, some people chose to stay on camp and go to bed early, hang out in the staff room with the wi-fi, play late night basketball games, write music, read, count shooting stars, eat more food, go to the gym...

And the next day it all starts over again..

If you want to know about coaching tennis at summer camp then you can always e-mail me at l.macleod@smallerearth.com, i'm happy to answer any questions you may have or help with lesson planning! 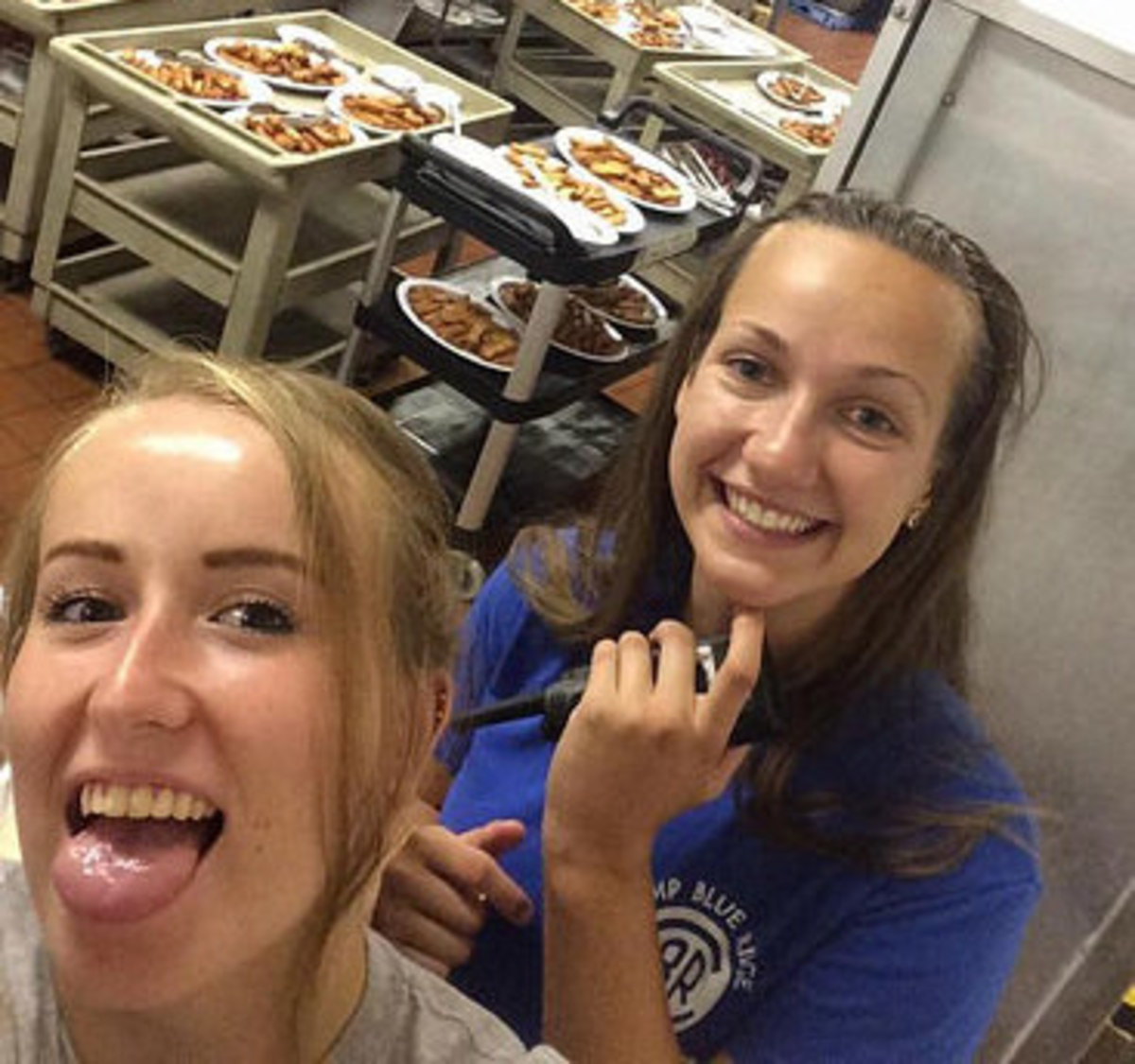 My Summer As Support Staff 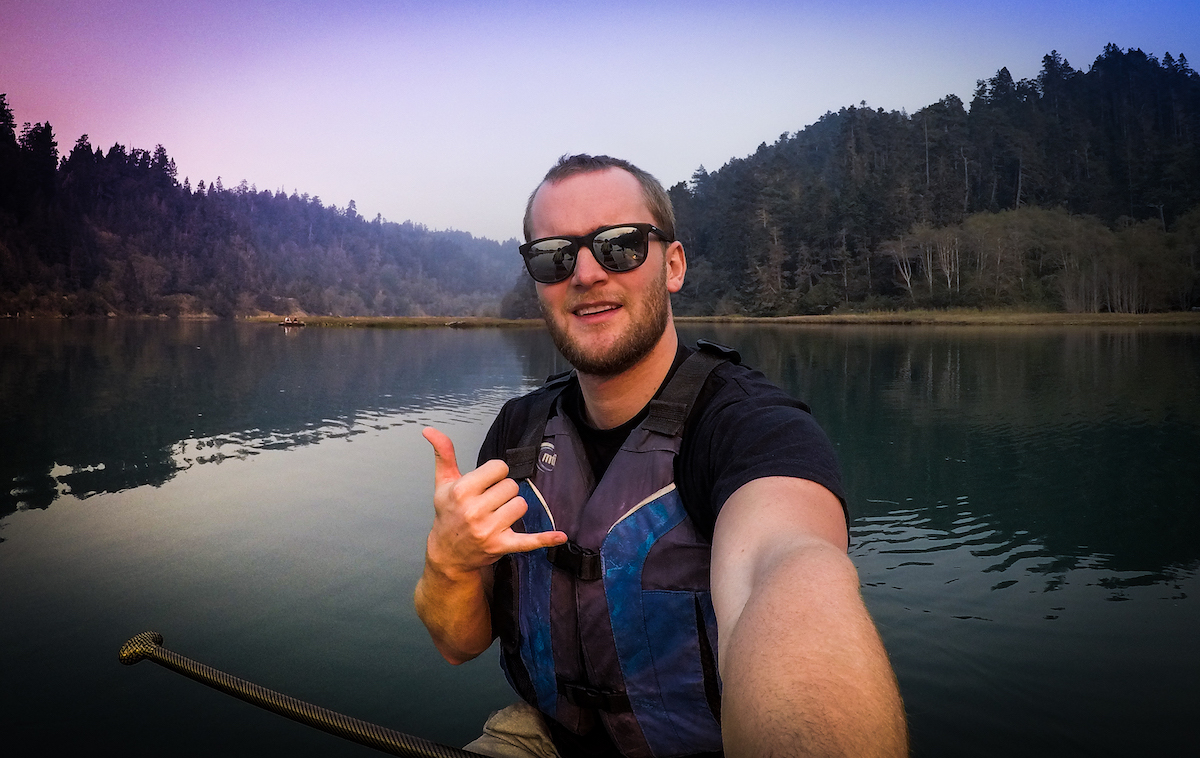 Why Working at a Special Needs Summer Camp Changed My Life