The City That Never Sleeps : How to Do New York in 24 Hours

You have 24 hours before you head to your summer camp in America. Here's our guide to how you could spend your time in New York City.

It's June. You’ve landed in NYC and you’ve got a 24 hour stopover before you get picked up for summer camp tomorrow morning.

The world is at your feet. Where do you even begin?

First stop. Grab a city shuttle and head into the city.

The city shuttle is a bus which costs $16-$22 and regularly ferries people to Grand Central or Port Authority from the major Airports. You don’t need to pre-book. You can find the shuttle company at the exits of both Newark and JFK International airport.

If you’re flying into NY with us, we’ll be putting you up for the night at Hi Hostel NYC, before you are picked up the next morning for camp. You can also book a shuttle straight to the hostel from the airport but this will need to be done in advance online.

New York City is set out in a grid pattern which makes it very easy to navigate.

The best way to think of the NY city system is that the Avenues run North and South whilst the streets run East and West.

When describing where you want to go - people will usually say the street first then the avenue but it’s fine to mix it up, people will still know what you mean.

HI International is located in NW Manhattan. On the map, it is near the top left corner of Central Park, a great place to start.

There is no better way to start your day than a stroll through Central Park. New York’s “Green Lung” is 843 acres of park in the middle of Manhattan. With a zoo, boating lakes and plenty of events - its the perfect place to begin our 24 hours in New York.

It is 2.5 miles long, so will take around an hour to walk the whole length, but after being on a plane for 7 hours it’s a great way to stretch your legs and see the city.

In Central Park you’ll be able to see the skyline from the inside, take some great pictures, people watch and see some iconic film locations.

Check out what’s happening in Central Park when you’re there.

Coming to the bottom of Central Park, you’ll find yourself at the top of 59th street right in front of the Plaza.

The Plaza is a world-famous hotel but what many people don’t know is that it’s home to one of the cities best-kept secrets.

A great way to really experience a city is to try the cuisine and let’s not forget… it’s lunchtime.

Entering through 58th street between 5th and 6th, the Plaza is a celebration of some of the cities best vendors. A local’s favourite, you’ll be able to find everything you’d ever want in one place. NY Cheesecake, fresh stone baked pizza, sushi, burgers, even lobster.

And even if you’re not quite hungry yet, it’s still well worth a walk through.

5th Avenue is often described as the heart of NY. Known for its premium shops it’s a great one to walk down and window shop. Shopping in New York, we’re sold.

Known for Saks, Tiffany's and the Empire State building this strip is one of the most famous in the world.

The walk down from Central Park and the Plaza to the Rockefeller Centre is around 15 minutes. But take your time, grab a cup of ‘joe’* or a street vendor hot dog, if you still have room after the Plaza food hall.

Most of us will have already heard of the Rockefeller Centre with its world-famous Christmas tree, winter ice-skating rink and the bronze sculpture holding the world on its back - which, fun fact, is the most photographed sculpture in the whole of NYC.

At the top of the Rockefeller Plaza you’ll find the ‘Top of the Rock, which is, in our opinion, the best viewing deck to see the city.

Unlike other skyscraper viewpoints, the Top of the Rock’s viewing platform is a full 360 degrees, so you’ll be able to take pictures of the iconic NY skyline looking North, with Central Park, or looking south, featuring the Empire State building and the Freedom Tower.

The tickets come in at $28-$34 depending on the time and length of your visit. Which might seem a bit steep, but it’s definitely worth it.

The best way to travel in NYC is by using the subway. The NY underground rail network is the largest and most extensively used transit system in the world.

You can purchase a Metrocard in the subway station, which can also be used in conjunction with the buses.

It’s well worth buying a MetroCard when travelling around the city. The card itself is plastic and swipeable, it can be bought for $1 and then topped up (similar to an Oyster card.)

There are 2 options when you are travelling:

To get from the Rockefeller plaza down to the bottom of Manhattan, walk the 5 minutes across to the subway station on 50 st. just off 7th Avenue.

See the Statue of Liberty

When on our 24 hour stop over in NYC, you can’t not see the Statue of Liberty. The ferry runs 24 hours a day, 7 days a week and there are between 2-4 ferries per hour.

The best things in life are free and so is this ferry.

From the ferry, you’ll have some amazing views of Manhattan, Ellis Island and of course the lady liberty herself.

The trip each way is about 25 minutes. When you arrive at Staten Island, you’ll need to jump off and reboard but it doesn’t take long.

The 9/11 memorial commemorates the lives of those who were lost on September 11th, 2001.

The memorial is a tribute to the past and a place of reflection. Visiting the site is sombre but is here to remind us of the global significance of the event and the aftermath which followed.

Walk to the ‘One World Trade Centre’ subway stop and take the E line North. It’s 8 minutes, 4 stops and you’ve already got your MetroCard.

The High Line is a 1.45 mile long former railroad which has been converted into an urban walk. It’s packed with plants, contemporary street art and some great views of the city.

You can join the High Line at Chelsea Market, which is another incredible food hall filled with heaps of treats.

You deserve a snack it’s been a busy day so far- we’d recommend the 2 cookies and cream shake from Creamline. You can thank us later.

You can join the High Line from the market itself and walk all the way up, sipping on your shake, taking in the sights.

When you finish the High Line you’ll come down the steps onto 34th Street. On this block you’ll find 34th Street-Hudson Yards Subway station. Using your MetroCard, take the 7 line (purple) to Times Square 42 Street Station.

No NYC 24 hour stopover challenge would be complete without a visit to Times Square. We’ve left it until now, as we believe, the best time to see this iconic city location is when it’s dark.

Marvel at the lights and be prepared for how busy it gets. Times Square is a tourist trap but it’s also a lot of fun.

The ‘snap it or it didn’t happen’ challenge

New York is famous for its theatre, who hasn’t heard of Broadway but actually seeing a stage show can be really expensive.

Top tip: If you are thinking about seeing a show, go to the Tkts desk under the red steps in Times Square for last-minute ticket sales and deals.

A great way to be a part of it without the price tag is to go to Ellen’s Stardust Diner for dinner.

The restaurant is a 50’s themed diner with singing servers and an extensive menu of all-American classics.

Prepared to be serenaded over your pastrami sandwich, you can even request songs from your own server. It’s good fun and a bit different.

After all the exploring, walking and sightseeing you’re going to be pretty wiped out. So before that jet lag creeps in, head back to the hostel for a good sleep and a nice lie in.

Bagels for breakfast… now that’s how you start the day right. 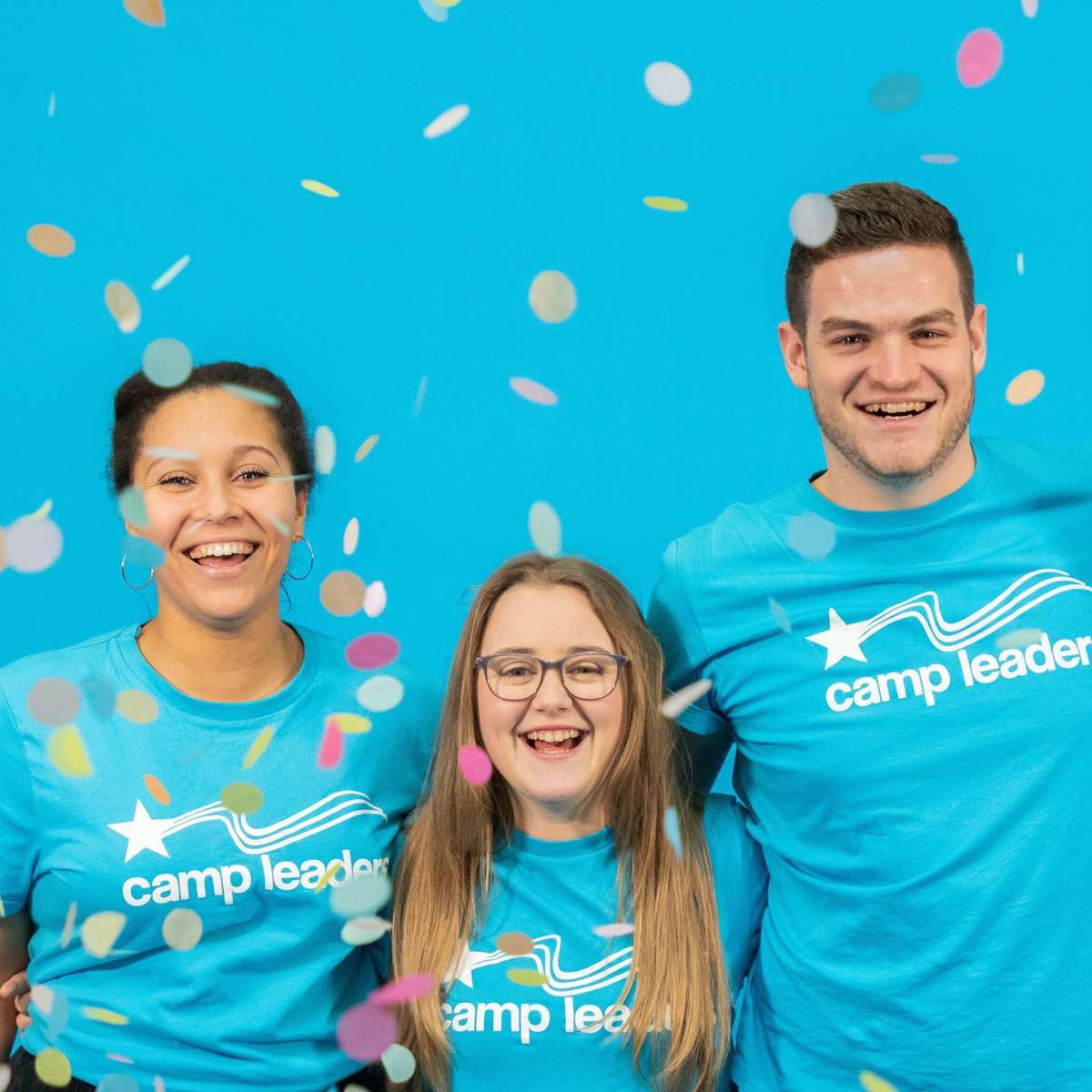 Camp Leaders
With over 20 years of travel experience, the Camp Leaders team has the answers to almost anything you can think of. We're here to help you sort your ultimate summer - feel free to ask us anything.